What is the Difference Between Domestic Assault and Assault? 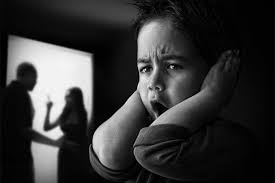 Has your partner or spouse charged you with assault? Contact us and find out about possible sentences in this blog post.

What are some of the criminal offences that can arise in the context of a domestic relationship?

Section 265 (1) A person commits an assault when

(a) without the consent of another person, he applies force intentionally to that other person, directly or indirectly;

(b) he attempts or threatens, by an act or a gesture, to apply force to another person, if he has, or causes that other person to believe on reasonable grounds that he has, present ability to effect his purpose; or

(c) while openly wearing or carrying a weapon or an imitation thereof, he accosts or impedes another person or begs.

Section 267 Every one who, in committing an assault,

(a) carries, uses or threatens to use a weapon or an imitation thereof,

Section 267 Every one who in committing an assault

(b) causes bodily harm to the complainant.

Section 268 (1) Every one commits an aggravated assault who wounds, maims, disfigures or endangers the life of the complainant.

Section 264.1 (1) Every one commits an offence who, in any manner, knowingly utters, conveys or causes any person to receive a threat

(a) to cause death or bodily harm to any person;

(b) to burn, destroy or damage real or personal property; or

(c) to kill, poison or injure an animal or bird that is the property of any person.

(2) The conduct mentioned in subsection (1) consists of

(a) repeatedly following from place to place the other person or anyone known to them;

(b) repeatedly communicating with, either directly or indirectly, the other person or anyone known to them;

(c) besetting or watching the dwelling-house, or place where the other person, or anyone known to them, resides, works, carries on business or happens to be; or

(d) engaging in threatening conduct directed at the other person or any member of their family.