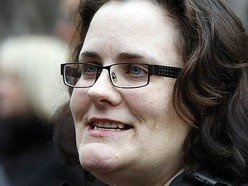 Sherry Sherret-Robinson was wrongfully convicted of killing her own child.

On January 22, 1996, 20-year-old Sherry Sherret-Robinson found her four-month-old son, Joshua, lying facedown in his playpen, lifeless. She called 911, sobbing. In the hospital emergency room, doctors were unable to revive Joshua.
Sherry knew that she had never hurt her son and has always maintained that she did not harm him. However, Charles Smith, the now disgraced former pathologist who performed Joshua’s autopsy, claimed to have found several injuries on Joshua’s body – for example, swelling in Joshua’s brain and bleeding in his neck tissues – to support his conclusion that Sherry had smothered Joshua to death.
As a result of these findings, police and Children’s Aid grew fearful for the safety of Sherry’s surviving son, eighteen-month-old Austin. On March 7, Austin was removed from her care. He was later put up for adoption, and Sherry was not allowed to have any contact with him. In less than two months, Sherry had lost both her sons.
On March 27, 1996, Sherry was arrested and charged with Joshua’s murder.
At the last moment before her trial began, the Crown prosecutor offered to withdraw the murder charge and proceed with a charge of infanticide instead. If convicted of infanticide, Sherry would face a drastically reduced prison term. In exchange, Sherry would have to agree not to argue against the Crown’s allegation that she had smothered Joshua. So, although she would officially be pleading not guilty to the new charge of infanticide, she would be agreeing with the Crown’s position that she had hurt her baby.
Despite knowing that she had not smothered Joshua, Sherry felt that she had no choice but to accept this offer. She went to trial on the new charge of infanticide, and the Crown read out a list of agreed facts that included the untrue claim that she had smothered her son. The central supporting pillar of the Crown’s case was Charles Smith’s medical opinion that she was responsible for Joshua’s death.

Predictably, on June 2, 1999, Sherry was found guilty of infanticide. She was sentenced to one year in prison, where other inmates called her a “baby killer,” a stigma which it seemed would follow Sherry for the rest of her life.
Six years after Sherry’s conviction, however, AIDWYC’s work on the Bill Mullins-Johnson case had raised serious doubts about Smith’s findings, and AIDWYC was growing suspicious of Smith’s conclusions in other cases as well. In April 2005, AIDWYC wrote to Dr. Barry McLellan – then the Chief Coroner for Ontario – and Michael Bryant – then the Attorney General – urging a full public inquiry into Smith’s work.
On June 7, 2005, Dr. McLellan announced in a press release that a formal review would be conducted into Smith’s work on 45 cases involving suspicious deaths of children. This inquiry, led by Justice Stephen Goudge, resulted in the publication of the Inquiry into Pediatric Forensic Pathology in Ontario.
In January 2006, Sherry learned of this inquiry and contacted AIDWYC, which advised her to get in touch with the Ontario Office of the Chief Coroner and request that her case be included in the investigation.
The results of this new investigation into Joshua’s death showed that there was no evidence to support Smith’s finding that Joshua had been smothered to death. The reviewers found that rather than being murdered, Joshua had probably asphyxiated accidentally in the blankets and quilts that Sherry had placed in his playpen. While a mistake, the mistake was innocent.
Furthermore, the experts found that Smith had reached his incorrect conclusion by making a number of egregious errors in the autopsy process. Contrary to Smith’s opinion, there was no evidence of swelling in Joshua’s brain; additionally, the hemorrhages in Joshua’s neck tissue were actually caused by Smith’s procedures during the autopsy itself.  Moreover, the inquiry found that Smith sometimes included “irrelevant or prejudicial information” in his autopsy reports, such as the fact that Sherry was married, but not officially living with her husband so that she could keeping collecting welfare.
As AIDWYC lawyer James Lockyer put it, Smith “misdiagnoses, over-diagnoses, and turns natural deaths into homicides.”
With AIDWYC’s assistance, Sherry applied to the Ontario Court of Appeal to have her conviction quashed in light of this new evidence proving that she had not caused Joshua’s death. The lawyer representing the Crown agreed with AIDWYC that Sherry should be acquitted. He stated that Sherry would never have been prosecuted if the new expert evidence had been available back in 1996.
On December 7, 2009, the Ontario Court of Appeal overturned Sherry’s conviction and entered an acquittal.  Thirteen years after her conviction, Sherry was finally able to clear her name.