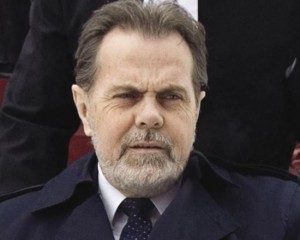 On October 17, 1975, Erin Walsh was convicted of the second-degree murder of CheChe Peters. Peters succumbed to a shotgun wound sustained on August 12, 1975, during a scuffle in a car on a beach near St. John, New Brunswick among 5 men  — Walsh, his friend George Ferguson – both visiting St. John — and St. John locals Donald MacMillan, David Walton and the victim — over the methamphetamines Walsh had with him and planned to sell. Walsh spent the next 10 years in jail, followed by additional stints  for parole violations. From the beginning, he always insisted that he was innocent.

According to Walsh, at a beach nearby St. John, the 3 locals threatened him with a shotgun and demanded to know where he kept his methamphetamines and money, which he truthfully told them were both in his car. He then managed to escape and ran to where several men were working on the railroad tracks and asked them to call the police.
However, the others recaptured him and his friend, and forced Walsh at gunpoint into the front seat of the car.  Walsh made a desperate grab for the shotgun and as the others struggled for it, heard a shot: he would later recount that though he did not understand what had happened, he thought that it was Macmillan who had ended up with the gun.
Peters had been shot and later died; the police arrived and arrested all four men who were still in Walsh’s car.
At trial, the Crown called McMillan and Walton, who testified that they had all just been drinking together; that the only person who was causing problems was Walsh himself; that the shotgun belonged to Walsh, and that he had purchased both it and its ammunition during his stay in Saint John; finally, that once they all had returned to Walsh’s car, Walsh had  “reached under the front seat, pulled out the firearm and shot Mr. Peters, who was sitting in the back seat minding his own business.”  Walsh had no evidence except his word, which the jury did not believe. They reached their guilty verdict within an hour.
For the next 33 years, Walsh fought to clear his name. He first appealed his case to the New Brunswick Court of Appeal, but to no avail. Undeterred, he wrote countless letters for more information about his case, even when he knew that these efforts would be frowned upon by the parole board.
In 2003 – 28 years after his conviction – Walsh finally received a helpful response from the New Brunswick Provincial Archives, who sent him the complete Crown file of his case. The file revealed that the Crown had kept from Walsh several serious problems of their case against him: most crucial, police had overheard McMillan and Walton discussing what had really happened and then concocting the story incriminating Walsh instead, evidence which would have seriously damaged the credibility of both Crown witnesses; the police also had statements from the owner of the hardware store and from seven Canadian National Railway employees validating Walsh’s account. Taken together, these new pieces of evidence made it clear that McMillan and Walton had lied to the jury about the events that led to Peters’ death and that Walsh had not had enough information to ask effective questions and properly support his side.
In late 2006, Walsh, with AIDWYC’s help, filed an application with the Federal Minister of Justice for a review of his conviction (as per s. 696.1 of the Criminal Code). He argued that the extensive new material he had discovered in the Crown file proved that he was innocent. Walsh had also just been diagnosed with terminal cancer, in consideration of which the New Brunswick Court of Appeal made every effort to hear his case promptly, as soon as the Minister of Justice approved his application in February of 2008.
On March 14, 2008, the New Brunswick Court of Appeal found that no jury in possession of all the evidence could have reasonably found Walsh guilty of Peters’ murder. The Court quashed Walsh’s conviction and entered an acquittal instead, more than three decades after his wrongful conviction.