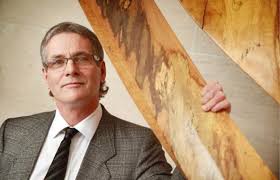 David Milgaard spent 23 years in prison for a crime he did not commit.

n 1969 in Saskatoon, when David Milgaard was only 16 years old he was wrongfully charged and convicted of the murder of Gail Miller. It was alleged that he had sexually assaulted and murdered Gail Miller, a nurse, while she was on her way to work. For sometime before Milgaard officially became a suspect, the police had been unable to find a probable suspect, despite investigating 160 people. It wasn’t until March 2 1969 when one of Milgaard’s friends came forward and offered that Milgaard had been behaving suspiciously on the morning of Gail Millar’s murder, and that he had seen Milgaard with blood on his clothing, that Millgaard became known to the police at all. Despite shockingly inconsistent witness testimony, with information that inculpated Milgaard, offered only after aggressive and coercive police interview tactics were employed, was Milhaard charged. On May 30 1969 Milgaard was officially arrested and charged with the rape and murder of Gail Miller. Despite the only supposed eye witness refusing to testify against Milgaard, on January 31, 1970 the jury found Milgaard guilty of her rape and murder. He was sentenced to life in prison. Maintaining his innocence Milgaard made appeals to the Saskatchewan Court of Appeal and the Supreme Court of Canada in the two years after his conviction. He was unsuccessful. Milgaard spent twenty-three years in prison. He and his mother tirelessly maintained his innocence, advocating for a review of his conviction. In 1991, Justice Minister Kim Campbell ordered that the Supreme Court of Canada review the conviction. It was revealed that Milgard’s friend who had given evidence against him had been was a paid police informant who had been compensated $2000 for the information he provided. It wasn’t until 1996 that Milgaard was cleared by DNA evidence. In 1999 Larry Fisher, a man who was a convicted serial rapist, was charged was found guilty of the rape and murder of Gail Miller. The Saskatchewan government went on to award Milgaard $10 million for his wrongful conviction in 1999. In September 2008 a provincial judicial inquiry released a report that acknowledged that “the criminal justice system failed David Milgaard.” The inquiry also found that Milgaard might have been released from jail years sooner if police had followed up on a 1980 tip suggesting that that investigate Larry Fisher.
After his release Milgaard spoke of his ordeal, “I’ll never forget being a prisoner. In my own way I still consider myself a prisoner. My situation is such that I am never going to forget it. I would like to do more to help prisoners, because I remember what it was like sitting inside a penitentiary. You die a little bit each day you spend in a penitentiary. Coping with being free after 22 years is hard. When I first came out I was a bit lost. Everything seemed so much faster, everybody was bouncing around. People seemed so busy. People didn’t seem to find time to just be kind of quiet, to take it easy. And I still find it like that, but I do take the time. Sometimes I just go camping and fishing or swimming and find my own time and pace. I hope that as time goes on I’ll feel a bit more comfortable.”