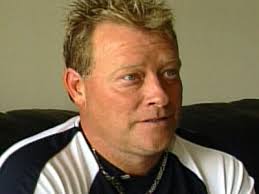 Anthony Hanemaayer was wrongfully convicted of an assault committed by Paul Bernardo.

In 1987, when Torontonian Anthony Hanemaayer was only nineteen years old, he was arrested and wrongfully charged with assault with a weapon. The charges arose from an incident where a knife assault occurred on a fifteen-year-old girl in her Scarborough bedroom. It was alleged that at 5:00 a.m. on September 29, 1987, Hanemaayer broke into a Scarborough residence and entered the fifteen-year-old girl’s bedroom. Allegedly he jumped on top of her, put his hand over her mouth, and threatened her, claiming that he had a knife. Apparently the intruder was interrupted by the fifteen- year-old’s mother. Upon entering her daughter’s bedroom, the intruder leapt up and fled.  Hanemaayer was identified by the 15 year old’s mother in a police photo line-up. Following Hanemaayer mistakenly being identified as the assailant his prospects of being found not guilty at a trial did not seem likely. Despite this problematic eyewitness testimony, and flawed police techniques for obtaining this evidence Hanemaayer pleaded guilty part way through his trial and was sentenced to two years less a day in jail. Hanemaayer later said that he accepted a plea bargain on the advice of his then-lawyer, who warned he could receive a long prison sentence. It wasn’t until 2005, that convicted murderer and rapist Paul Bernardo confessed to the crime that Hanemaayer had been wrongfully convicted of, during a jailhouse interview. Bernardo’s confession was not immediately shared with Hanemaayer and the miscarriage of justice that he had suffered could easily have stayed hidden forever. Fortunately AIDWYC lawyers James Lockyer and Joanne McLean realized what had happened to Hanemaayer while they were reviewing disclosure on another wrongly convicted case. While looking through this disclosure, they discovered that Paul Bernardo had confessed to the crime for which Hanemaayer pleaded guilty. Two years following Bernardo’s confession AIDWYC contacted Hanemaayer in 2007, and informed him that Bernardo had confessed to the crime that Hanemaayer spent 18 months in jail for. AIDWYC officially took Hanemaayer’s case in early 2008.With AIDWYC’s help, Hanemaayer filed an application with the Ontario Court of Appeal explaining that he wanted to present fresh evidence to the court – Bernardo’s confession and the follow-up police investigation – which would prove that he was innocent. The Crown agreed that given this compelling new evidence, Hanemaayer should be acquitted. Crown counsel Howard Leibovich said, “The fresh evidence points to only one conclusion,” that “Paul Bernardo committed this attack.” The Court of Appeal echoed these statements. The judges stated that “the fresh evidence proves beyond doubt that …  Anthony did not commit the offences to which he pleaded guilty,” and that it was “profoundly regrettable that errors in the justice system led to this miscarriage of justice and the devastating effect it has had on Mr. Hanemaayer and his family.” Moreover, the Court commented,  “The story of how that happened is an important cautionary tale for the administration of criminal justice in this province. Hanemaayer was acquitted on June 25, 2008 – over 20 years after his arrest for one of Bernardo’s many crimes.