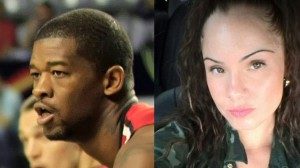 The Honourable Justice Charney of the Superior Court of Justice recently rereleased his decision in the matter of R. v. Beverly O'Grady and Jeffrey Ferguson-Cadore.

A report from Wendy Gillis of the Toronto Star can be found here: https://www.thestar.com/news/gta/2016/08/04/victim-of-racial-profiling-traumatized-by-traffic-stop.html

Ms. O'Grady, a young white female, without a criminal record, was driving her vehicle, with a black male passenger, in Oshawa at approximately 3:30 pm. Officer McKinnon, having observed the white female driver and black male passenger began to fear for the female's safety. He suspected she was a prostitute and he a pimp as they were in the vicinity of the Canadiana Motel in Durham. Officer McKinnon followed the vehicle, stopped the vehicle, removed it's occupants and searched the vehicle where he purported to have discovered a quantity of narcotics.

Counsel for Ms. O'Grady, Jonathan Pyzer, brought pre-trial Charter applications to have the drugs, alleged to have been found in his client's vehicle, excluded from the evidence at Ms. O'Grady's trial. Mr. Pyzer argued that the drugs had been obtained as a result of racial profiling and that their admission would bring the administration of justice into disrepute.

Ultimately the Court agreed, granted the defence application and excluded the  drugs alleged to have been found in Ms. O'Grady's vehicle. The Court found that the drugs were obtained in breach of her Charter rights to be free from unreasonable search and seizure, to be free from arbitrary arrest or detention and to be advised of her right to counsel on arrest or detention.

In coming to his decision, The Honourable Justice Charney made the following findings:

A complete copy of the Judge's ruling can be found at http://www.canlii.org/en/on/onsc/doc/2016/2016onsc4872/2016onsc4872.html?autocompleteStr=Ferguson-Cadore&autocompletePos=1

Toronto Defence Lawyers
4.9
Based on 52 reviews

Ian Burnham
15:03 13 Jan 22
I am very happy that I engaged Jonathan Pyzer to represent me for some legal difficulties I ran into. He always... treated me with respect and empathy, took the time to fully understand my situation and explain his strategy with me. With his expertise and guidance, I was able to get through this ordeal quickly and successfully. Throughout the process, I always felt that Jonathan was representing my interests to the best of his ability and the results proved it. Thanks to Jonathan's efforts, I can now focus on getting my life back to where I want it to be without this dark cloud of uncertainty hanging over my head. Hopefully I won't ever find myself in a similar situation, but if I do, I won't hesitate to reach out to Pyzer Criminal Lawyers for help.read more

JHP
19:41 15 Dec 21
I needed a lawyer for a fraud charge that was being dumped on me which I was unaware of and was victim to a scam. In a... state of shock and panic, I reached out to Pyzer law firm. I spoke with Jonathan and he was absolutely wonderful. He was able to give me insight, support and empathy and made me feel calm. He was professional, quick to respond and very honest. He's your go to person without the pressure to hire which was really nice. Thank you Jonathan for all that you do!read more

Gab O.
21:40 07 Oct 21
***NOTE: This is long, but worths reading every bit***Today is the day (The happiest day of my life) I have long hoped... for - since 20months I was charged with 3 chronic criminal offenses, and today, I'm completely free of all the charges. Thank God I abandoned my legal aid duty council right on time and went for an all round and more professional Mr Pyzer of the Pyzer Criminal Lawyers Toronto.With all sincerity, I did a thorough search for an experienced and professional lawyer, checked both google and lawyerratingz reviews, I put calls to every Toronto lawyers I found but I was more convinced by Mr Pyzer's articulation and his reviews I found, in fact, some of the research I did was that I privately searched for and contacted some of those that gave these google reviews and was convinced by their testimonies about Mr Pyzer, hence, I settled with him. If found guilty, these charges WOULD have led to my deportation being a permanent resident, I would not be able to enter the US and my prospective job would have been jeopardized.As par his fee, I found it was on the average level when I compared his to all the bills I received from every other Toronto lawyer I contacted, he made payment very flexible for me and paid it all over a set period of time. Plus, this court case was not in Toronto, it was out of city but he still took it up and won today. His first approach to winning my case was, he fought the 3 charges down to 2, then brought down the severity from indictment to summary (what a relief?). He fought the 2 remaining charges till this day, and was very impressed having to see him display his high level of profession at trial. I'm glad to announce that today, I'm free.Mr Pyzer took my case as if it was his and as if he knew me since 15years ago, as if I'm his son. He had sleepless night on my case digging deep and deeper, was always updating me on every possible second that passed. He was highly prepared for this matter and knew the nook and cranny of it. He called me at every possible second.I will stop at this point to avoid giving too much information, but if you find yourself in a mess and you want someone that will take all the burden upon himself alone, contact Mr Pyzer and if you think this review is not real, find means of contacting me OR contacting him directly and I can proof to you I'm very real. (I type too much cos I'm super happy right now, I'm free)..BYEread more

D August
06:33 23 Jun 20
Honestly and genuinely speaking Jonathon Pyzer is the Houdini of lawyers,he is a real master of his craft to say the... least. In short ,he has represented me on 4 different matters,2 of which had some serious potential jail time and pretty decent evidence from the crown. All four times I walked away unscathed without a single blemish on my record.Not to mention he has done the same for anyone I've referred to him.if there was a 10 star option he would be deserving.Do not hesitate for a second if your in need and your life is hanging in the balance.read more
Next Reviews
All Reviews
X