The #MeToo Movement and Reasonable Doubt 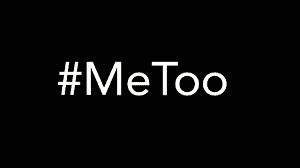 Throughout the #metoo movement, countless men have been accused of criminal offences such as,  sexual assault, criminal harassment, sexual interference and other criminal offence allegations involving  sexual misconduct.  In the wake of the #metoo movement there has been an unprecedented reckoning of women coming forward with allegations of criminal offences against men in a variety of powerful positions. In the past, accusations of this nature would most often not be met with serious consideration, typically dismissed and trivialized by people in authority. Currently, with the collective force of the #metoo movement those in positions of authority have been forced to take these accusations more seriously. This has been an significant victory for anyone who advocates for equal rights and anti-oppression.

However, while indeed a victory, it is important that in the wake of the #metoo movement we don't do away with the presumption of innocence for the accused. "We believe survivors" is a slogan that has been popularized within the #metoo movement. It is important that this be interpreted as "we take accusations of sexual misconduct seriously" not as "we automatically  believe any allegation of sexual assault as true". The presumption of innocence for the accused  is  an important standard that must be maintained within the judicial system. While the #metoo movement highlighted some of the failings of the judicial system to adequately address allegations of criminal  sexual misconduct, we must not do away with the righteous principles that are the cornerstone of our judicial system, most importantly the presumption of innocence for the accused.

This recommendation may seem obvious, as the rights of the accused are typically well protected within our judicial system. However, when looking at cases like R. v. Mustafa Ururyar we see the ugly side of the #metoo movement.  In this matter, Justice Marvin Zuker unjustly found Mr. Ururyar guilty of sexual assault and sentenced him to the harshest possible sentence. In his judgment against Mr. Ururyar, Justice Zuker sited sexual assault survivor literature and seemed to unjustly use Mr. Ururyar's case as an opportunity to take a stance against rape culture. An excerpt from his judgment demonstrates Justice Zuker's sentiments: “No other crime is looked upon with the degree of blame-worthiness, suspicion and doubt as rape,” ... "It does not matter if the victim was drinking, or out at night alone, on a date or how the victim was dressed. No one asks to be raped. The blame lies with the perpetrator. Rape is an act of violence and aggression to which the perpetrator uses sex as a weapon to gain power and control over the victim.”

While it is easy to agree with the sentiments of Justice Zuker's  judgement, it was an inappropriate demonstration of a lack of the requisite impartiality. Rightly, Justice Zuker's findings were ultimately overturned on appeal and Mr. Ururyar was vindicated with an acquittal,  as the evidence in his case did not support the allegations of sexual assault against him. We must balance the need to take accusations of sexual assault seriously, with the rights of the accused. In light of the progressive improvements  associated with the #metoo movement, it is important to reenforce that the accused should always  be entitled to due process, a fair trial,  reasonable doubt, and an evidence based determination of their innocence or guilt.