What is an Acquittal? 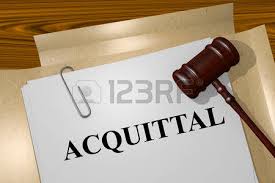 An acquittal is a decision in a criminal trail that the accused in not guilty.

The Canadian Charter of Rights and Freedoms Section 11h