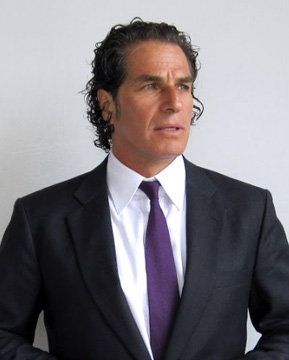 Ian Kostman
Criminal Defence Lawyer
As a talented and devoted criminal defence lawyer, Ian worked tirelessly to pursue justice on behalf of each client. Over his lengthy career, Ian successfully defended thousands of cases under the Criminal Code of Canada at all levels of trial courts in the province.

Ian Kostman was called to the Ontario Bar in 1983 and successfully practiced criminal law in Toronto until he retired at the end of 2017. Ian appeared in courts of all levels in the Province, from the Ontario Court of Justice to the Ontario Court of Appeal. What drove Ian and made him an outstanding trial advocate for his clients was his passion for justice and for real justice to be done. He was an aggressive defender of his clients and a tireless worker. Ian’s work ethic benefited his clients in even the most difficult cases. Ian graduated from the University of Windsor Law School in 1983 and then commenced a private practice which he operated for over thirty-five years. Ian represented thousands of clients over the span of his career. He established himself as an exceptionally strong cross-examiner and that skill was of great help to get acquittals for his clients. Ian was not limited in the kinds of cases that he undertook as he took on cases involving all categories of criminal charges including murder, attempted murder, manslaughter, all classes of assault including domestic assault, sexual assault, robbery, assault with a weapon, assault cause bodily harm, aggravated assault, DUI, impaired driving, “over 80”, theft, fraud, sexual charges including sexual assault, human trafficking, child luring, possession of child pornography, drug charges including, drug possession, drug trafficking, importing and human trafficking etc.

In 2002, Ian grew his law practice by his association with Jonathan Pyzer forming Kostman and Pyzer, Barristers. Fore more than fifteen years, Ian Kostman & Jonathan Pyzer worked together on numerous cases and achieved results that benefitted their clients. Their track record speaks for itself.

That Ian was so well regarded as a Criminal Lawyer was proven by the fact that so many of his cases were sent to him by people right within the justice system. These were people who came to know and watch Ian in his defence of his respective clients. They included judges who observed Ian first hand and could measure his abilities as compared to other lawyers who appeared before them. In addition, police officers who were the persons responsible for the charges to be laid in the first place, often sent him clients as they recognized that Ian was an outstanding defender for his clients. Ian even received referrals from other lawyers who recognized what he could do that they could not.

Nowhere was Ian’s skill more evident than in 2010, when he acted as the lawyer for the “Subway Pusher”, a man accused of pushing three teenage boys in front of a subway train in 2009. The accused, a Brazilian immigrant who was forty-nine at the time of the incident, was charged with three counts of attempted murder and two counts of assault. The attack was totally unprovoked and two of the boys landed right on the tracks. One boy suffered a foot injury after being pulled out of the path of the train by another boy and the third boy was not injured. This was a very high profile case and and Ian marshalled a strong defence focused on the accused’s lack of capacity to understand his actions at the time of the offence. The trial became a battle of expert witnesses.

Appearing in front of Ontario Superior Court Justice Nancy Backhouse, Kostman conceded that his client had in fact pushed these three youths on to the tracks. The question was whether or not at the time of the offence, his client was criminally responsible. In her judgment, the trial judge agreed with Ian’s submissions to the Court and wrote “I find at the time he committed these acts, the accused’s mind was devoid of any thoughts other than pushing the victims or killing himself. His thought processes were impacted at the time to such an extent that he was unable to weigh the pros and cons of his actions and was incapable of appreciating that what he was doing was morally wrong.” Thus, the judge concluded that the accused suffered at the time of the offence from a mental disorder sufficient to exempt him from criminal responsibility. Link to case article here.

As of December 31, 2017, Ian is no longer practising law or providing legal services in Ontario. He has stopped actively practicing law as well as taking on new cases. Ian is still very much a part of the family of Pyzer Criminal Lawyers, however Jonathan Pyzer has taken over Ian’s cases and the representation of his clients.

More About Our Criminal Defence Team 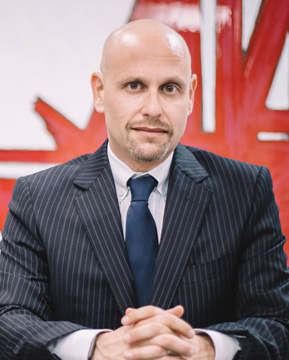 Is a highly skilled and sought after criminal defence lawyer who represents clients charged with criminal and quasi-criminal offences all over the Province of Ontario. He is a member in good-standing with the Law Society of Upper Canada, Criminal Lawyers’ Association and Toronto Lawyers Association. Jonathan is sworn and enrolled as a Barrister and Solicitor of the Ontario Court of Appeal for Ontario and of the Ontario Superior Court of Justice. Mr. Pyzer has successfully represented clients at every level of trial court in the province of Ontario, attempting to achieve the most favourable outcome possible. His experience and excellence are apparent in every case he defends.
More About Jonathan 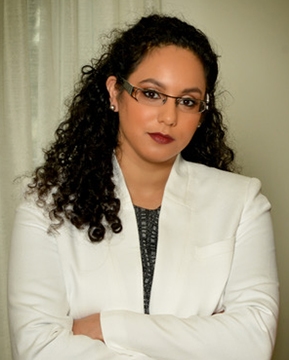 Jasmine Mann is a graduate of the Dual Juris Doctor program at University of Windsor Faculty of Law and University of Detroit Mercy School of Law (UDM). During her time at UDM, she worked at the criminal law clinic, which provided her exposure to misdemeanor related cases. During the first year of law school, Jasmine worked at Keran Sangha Professional Corporation in Brampton. After graduating, Jasmine articled and worked as an associate at the Law Office of Patricia Brown where she gained valuable hands-on experience in defending criminal charges.
More About Jasmine
"He fought his heart out for me with skill and grace. And we won. I am so glad that I found him"
5/5 Stars Reviews on Google
In trouble with the law? We can help.