Is it a Crime to Grab Someone’s Arm? 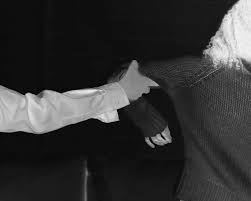 You can be charged with assault fro grabbing someone’s arm.