Is it a Crime to Write on Money? 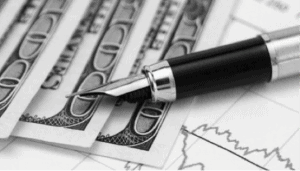 It is not illegal to write on bank notes in Canada. There are prohibitions, however, on reproducing a current Canadian bill electronically. The question of whether it is illegal or not to write or make markings on Canadian money came up after the death of famous actor Leonard Nimoy. His most famous role was that of Mr. Spock in Star Trek. Following his death, many fans around Canada began inking his features on Canadian five dollar bills which show a portrait of Sir Wilfred Laurier, Canada’s seventh prime minister.
Neither the Bank Act or the Criminal Code have dealt with the repercussions of mutilating or defacing Canadian bank notes. However, the Bank of Canada has expressed strong objections to mutilating or defacing bank notes because ultimately, writing on bank notes limits their life. The Bank of Canada is the only entity that decides when notes are to be removed from circulation and when notes have been mutilated or defaced, their lifetime comes to an end too quickly.

The Bank of Canada also strongly encourages citizens not to write on bank notes because they are a symbol of our country and a source of national pride. Furthermore, retailers may reject bank notes that have been written on.
Although there have been no laws passed on writing on Canadian bank notes, pursuant to the Currency Act, melting Canadian coins does have legal repercussions.
Section 11 of the Currency Act states:
11 (1) No person shall, except in accordance with a licence granted by the Minister, melt down, break up or use otherwise than as currency any coin that is current and legal tender in Canada.
(2) Every person who contravenes subsection (1) or any condition attached to a licence referred to in that subsection is liable on summary conviction to a fine not exceeding two hundred and fifty dollars or to imprisonment for a term not exceeding twelve months or to both, and, in addition to any fine or imprisonment imposed, the court may order that the articles by means of or in relation to which the offence was committed be forfeited to Her Majesty.
The repercussion of melting coins according to the Currency Act, is summarized as follows:
• A fine of up to $250
• A prison term of up to twelve months
• A combination of a fine and imprisonment
Furthermore, pursuant to section 456 of the Criminal Code:
Everyone who
(a) defaces a current coin, or
(b) utters a current coin that has been defaced, is guilty of an offence punishable on summary conviction.
Even though both the Criminal Code and the Currency Act hold that destroying coins is an offence, neither state that mutilating or defacing paper currency is a criminal offence.
Being charged with a criminal offence has many potential consequences, it is in your best interests to hire an experienced lawyer to defend your legal rights. If you have been charged with a melting or breaking a coin that is currency in Canada, contact Kostman & Pyzer today.