What is Innocence Canada? 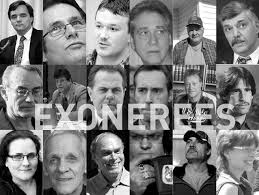 How are convictions overturned?

Most often the accused innocent individual fears conviction and may wish to reduce their sentence by pleading guilty.
If an innocent person goes to trial and is found guilty, the result is that he or she is convicted of a crime he or she did not commit, hence the term “wrongly convicted”.
A conviction of a criminal offence typically has negative consequences, such as imprisonment, social stigma, limited employment prospects,
To correct the wrongful conviction, the convicted person may ask a higher court to review the decision of the trial court. The first court available after being convicted at trial is the provincial Court of Appeal; each province has a Court of Appeal and each judgment rendered at the Court of Appeal level is provided by three judges who review the case together. An appeal may be made against a conviction on the basis that:
1. the verdict was unreasonable;
2. there was an error of law; or
3. there was a miscarriage of justice.
Appeal courts have the discretion to:
1. Dismiss the appeal; or
2. Allow the appeal and quash the conviction, in which case the Court of Appeal
will either enter an acquittal or order a new trial.
It is important to understand that even if a person is innocent of a crime, the Court of Appeal cannot formally declare that person to be innocent. The reason for the Court’s inability to make such a declaration is grounded in policy and jurisdiction: declaring a person innocent would effectively create two classes of people, those found to be factually innocent and those who simply benefited from the presumption of innocence and the requirement of proof beyond a reasonable doubt.
See the 2007 case of R. v. Mullins-Johnson, 228 C.C.C. (3d) 505 for further details.
In the event that the conviction is affirmed on appeal (ie. the conviction remains in place), the convicted person has two other potential options of having his or her conviction reviewed:
1. Go to the Supreme Court of Canada, the country’s highest court; or
2. Submit a s. 696.1 application to the Minister of Justice on the basis that
the case represents a miscarriage of justice.
Right to Appeal: Note that a convicted person only has an automatic right to appeal to the Supreme Court of Canada if the decision reached at the Court of Appeal level is not unanimous. Otherwise, the convicted person must seek “leave to appeal” (ie. permission to appeal) to have his or her matter heard by the Supreme Court of Canada. The permission can either be granted or denied. If the permission is granted, the convicted person can appeal to the Supreme Court of Canada.
With the recent decision of R.v. McArthur 2012 ONSC 5773, in which Innocence Canada acted as an Intervenor, s. 696.1 applications can be pursued even if the convicted person did not appeal to the Supreme Court of Canada. Ministerial review of applications are viewed as an extraordinary remedy and serve to have the Minister of Justice review the case as a likely miscarriage of justice. Should the Minister find that the case likely represents a miscarriage of justice, the Minister may:
1. Direct a new trial to any court that the Minister thinks proper; or
2. Refer the matter to the Court of Appeal.
If the Minister orders that a new trial should take place, the case is considered new. The decision reached at this new trial takes precedence over the previous verdict rendered at the original trial.
If the Minister refers the matter to the Court of Appeal, the Court of Appeal will quash the original conviction. The Court of Appeal then has three possible choices in resolving the matter:
1. Order a new trial;
2. Enter an acquittal; and/or
3. Make any other order that justice requires (for example, a stay of proceedings
which allows the Crown to re-lay charges within one year of the stay).
In the event that the Crown chooses to withdraw charges, or fails to re-lay charges within a one-year period following a stay ordered by the Court of Appeal, there is no charge on record, and this has the effect of ending the proceedings.
The below chart is a simplified representation of the paths a wrongly convicted person may take through the criminal justice system when seeking to correct a wrongful conviction. The chart does not include processes related to a stay of proceedings.