NCR vs. Criminal Responsibility - A New “Defence” of Insanity ??

You may have heard it before, a case where the accused was “let off” because they were deemed insane or suffered from a serious mental illness.

The logic behind it is that an individual who is medically insane does not fulfill the “means rea” of the crime, otherwise known as the guilty mind.

Compared to an individual who does not suffer from insanity, that person can understand what they are doing and purposely follow through with the criminal act.

Under the Criminal Code, every person is presumed not to suffer from a mental disorder so as to be held non-criminally responsible, until contrary is proven on a balance of probabilities.

What may be confusing to some is that this is not actually a defence because the Crown still has to prove guilt beyond a reasonable doubt. That means, the individual is guilty, but because of their mental illness, are non criminally responsible.

The term non-criminally responsible has replaced the old section of the Criminal Code that used the word “insane”.

The section was replaced to say, “no person criminally responsible for act committed or omission made while suffering from mental disorder rendering them incapable or insufficient of appreciating quality or consequences of fact or knowing that it was wrong”.

What Happens After a Non Criminally Responsible Verdict? 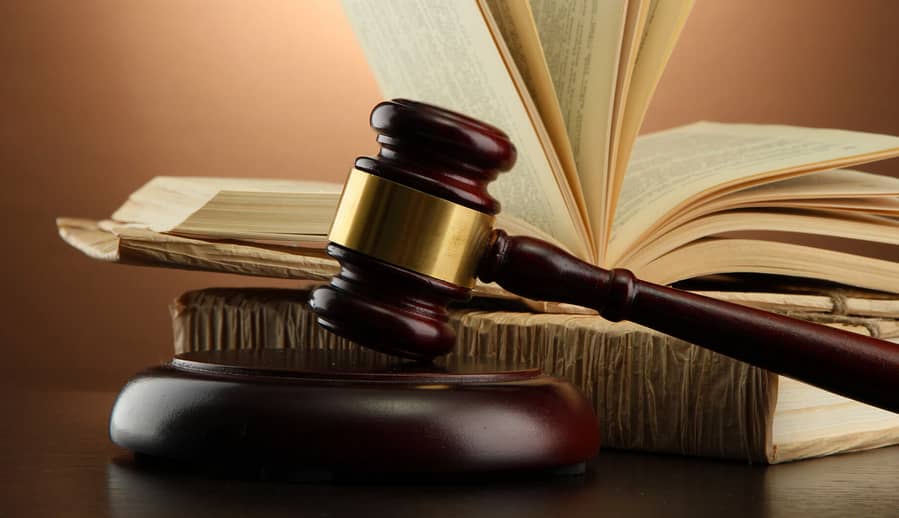 A non-criminally responsible verdict does not mean the accused is free to go. In many cases, the person is ordered to remain detailed in a hospital.

If they are not, they can be released on conditional discharge, but this varies significantly on the crime. Few cases will get an absolute discharge on a first hearing.

The Harper government introduced Bill C54, which came into force in July 2014, which does not allow those who have committed personal injury to leave the hospital, even with an escort.

The issue with the Bill is that those who seriously need the help may choose prison over proper therapy because they would rather have some sort of freedom in jail, which is against the rehabilitation purpose of the NCR sentence.

Usually a trial ends with a finding of either “guilty” or “not guilty”. However, sometimes the court will find an individual “not guilty by reason of mental disorder”.

These individuals actually committed the acts they are accused of, but because of some sort of mental disorder are unable of possessing the “guilty mind” the law requires to find an individual guilty.

Thus, they are deemed Not Criminally Responsible for their actions, or “NCR”.

According to the Criminal Code, every individual is presumed to be sane under the law, unless proven otherwise. In order to raise a successful NCR defence, one party to the trial must rebut that assumption by showing that the individual’s mental illness has all of the components required by statute to qualify the individual as NCR.

The meaning of the phrase “existence of a mental disorder” has received a lot of attention from judges and legal scholars. A mental disorder is traditionally defined as a “disease of the mind”. According to the Supreme Court of Canada in the 1980 case Cooper v.

The Queen, a “disease of the mind” is any illness, disorder or abnormal condition that impairs the human mind and its functioning.

Thus, a disease of the mind is any medically recognized disorder, but does not include self-induced mental states (through drugs or alcohol) or transitory mental states (such as extreme anger which passes).

However, just because an individual possesses a “disease of the mind” does not mean they will necessarily be able to raise a successful NCR defence.

In order for the defence to be successful, the court must find that one of two kinds of incapacity defined in the Criminal Code occurred as a result of the disorder and were present at the time of the event in question.

It is not sufficient that the accused does not understand the legal consequences of the act or has an inappropriate emotional reaction to the event.

Thus, for example, if the accused was to shoot someone, he could raise a successful defence of NCR if he did not know he was shooting a person or was unable to appreciate that shooting a person could result in that person’s death.

However, if the accused simply did not believe that he could be arrested / punished for shooting another person or if he did not feel any guilt or remorse for shooting the person, he would not have a defence of NCR.

The second form of incapacity is that the accused is unable to appreciate that an act is morally wrong.

According to the Supreme Court in R. v. Oomen, in order to be considered sane and therefore criminally responsible, the accused must have the capacity to know that the act is wrong according to the ordinary moral standards of a reasonable member of society.

In other words, if the accused lacks the basic capacity to understand that society would consider their actions morally wrong, the NCR defence may be available to him.

On the other hand, an individual diagnosed with schizophrenia who believes that the individual they killed is the devil and god instructed them to kill that devil, may be able to benefit from the NCR defence, because they believe that what they are doing is actually morally right.

When an individual is found to be Not Criminally Responsible and therefore not guilty by reason of mental disorder they are not necessarily released back into the general population.

A Provincial Review Board comprised of experts in the area will review the verdict and determine whether the individual should be put into the NCR stream.

Upon determining that an individual is NCR, the Board will decide what action should be taken in response to the individual’s actions.

Since the individual is not considered morally to blame for their actions, the Board will try to make the least intrusive recommendation possible.

The Board may choose to grant an absolute discharge, a conditional discharge (psychiatric releases, not sentence dispositions), or may decide to detain the individual in a psychiatric hospital.

If the individual is granted an absolute discharge they are free to go; However, all other dispositions require a mandatory review every 12 months by the Board.

Individuals detained in psychiatric hospitals are given indeterminate sentences to be reviewed on a regular basis by the Board.

There are several pros and cons to an NCR defence. On one hand, individuals who are truly mentally ill are directed into institutions designed to deal with their medical conditions instead of being placed into the regular jail population.

On the other hand, psychiatric hospitals are often overcrowded, under staffed, and unable to provide the proper treatment NCR individuals would benefit from in the long run.

The NCR defence can be raised by the by a criminal defence lawyer, however it can also be raised by the Crown or by the court (i.e., by the judge), if any one of them believe the accused individual should be put in the NCR stream.

You can call a Defence lawyer from Toronto to argue either side of the NCR defence depending on what is in the best interest of their client.