What are the Rights of Prisoners? 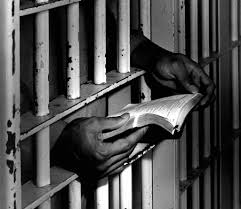 Prisoners lose their liberty when incarcerated but they are still entitled to human rights.

What are the Rights of Incarcerated People?
On an average day, over 40,000 people are incarcerated in Canada’s jails and prisons. Many of these people are waiting for their trial or a bail decision and have only been accused of a crime. These people are subject to a deprivation of their liberty and basic rights that most of us will never experience or truly understand. People in the prison and jail system are some of the most vulnerable members of our society—and as such are uniquely at risk of experiencing undocumented and un-remedied rights abuses.  For decades, provincial and federal inquests, inquiries, commissions and investigations into the treatment of Canadian prisoners have made repeated recommendations concerning oversight, accountability, and transparency. Many of these recommendations were made in response to egregious rights violations, but few have ever been implemented. Although various laws and policies exist to protect prisoners and detainees from arbitrary or excessive use of power, mounting evidence suggests that systemic violations of human rights continue to occur, and at times have tragic consequences.
Prisons and jails are uniquely closed, non-transparent institutions that have a vast amount of power and control over almost all aspects of prisoners’ lives. When incarcerated individuals’ rights are violated, they may be marginalized, segregated and subject to further abuse if they complain. Prisons also tightly regulate outside access, limiting the amount of independent monitoring and verification that can occur. As such, those who are vulnerable to rights violations in this setting face particular, and at times insurmountable barriers to sharing their experiences and pursuing legal remedies. It is  important to document rights abuses, ensure access to meaningful remedies and tackle systemic change. Within this closed institutional setting, the proactive involvement of outside researchers, independent oversight bodies, organizations like CCLA and civil society at large is critical.
In October 2007, the nineteen year old Ashley Smith died tragically inside her prison cell. She had tied a ligature around her neck, while prison guards, instructed not to intervene before she stopped breathing, watched. A public inquest into her death began in January 2013, and ultimately determined that Ashley Smith died as a result of homicide. Inquests are always held when an inmate dies in custody: they serve to determine the facts surrounding a person’s death and, where possible, to prevent similar deaths from occurring.
The rights of prisoners
Posted on April 12, 1981
Summary of recommendations
1. All prisoners should have the right to vote on the same basis as other citizens.
2. All prisoners should have the right to send and to receive uncensored correspondence.
3. Prisoners should have humanized visiting rights (see specific recommendations on pages 20, 21 of the report).
4. Prisoners should have the right to make unmonitored telephone calls. (Subject to the limitations on telephone communications in the privacy provisions of the Criminal Code. The police may tap telephone communications with judicial permission.)
5. Prisoners should have access to the media, and the media should have access to the prisons. Inevitably there will be limitations, practical ones, that infringe on these rights, but the internal administration of a prison is publicly accountable. Public accountability should be the guide to keeping these rights active.
6. The information presently available to prisoners is inadequate. Prisoners should have the right to more information (better libraries including up-to-date legal information and current periodicals).
7. Prisoners should have the right to receive written notice of rules and regulations that define offences against prison discipline. These rights are to be statutory rights.
8. Prison rules and regulations should be written with specificity and clarity so that prisoners know exactly what constitutes an offence. The wording of a rule must not be so wide as to create a “catch-all” offence.
9. Prisoners have the right to receive written notice of charges laid against them for breaches of prison discipline.
10. Prisoners should have the right to be heard by an impartial third party when breaches of discipline have been alleged. They should have the right to independent representation, to present a full case, hear evidence against them, cross examine and call witnesses.
11. Prisoners should not be punished twice for the same offence. (For example, a prisoner may currently be punished for a breach of discipline and also under the Criminal Code.)
12. Solitary confinement as it presently exists should be abolished. When temporary segregation of a prisoner is deemed necessary the recommendations later in this report should be applied.
13. (a) Prisoners should have the right to a hearing before an independent tribunal, before an impending transfer. The procedures followed should be comparable to those recommended in #10.
(b) Initial classification should be subject to appeal by prisoners. Such an appeal should be heard by a committee chaired by a person not answerable to the corrections authority.
14. Prisoners should have the right to independent medical examinations and advice.
15. Psychiatric treatment and counselling should be made available within the prison to those prisoners requesting such treatment.
16. Any prisoner who wishes to refuse psychiatric or other medical treatment should have the right to refuse such treatment, as would any ordinary citizen. Under no circumstances should medical or psychiatric experimentation take place inside a prison.
17. An effective grievance procedure must be implemented in prisons. Third-party participation independent from the prison system should be encouraged in the resolution of complaints.
18. The parole system must be reviewed to ensure fairness. In all cases, prisoners should be given the right to a hearing, should be furnished with the relevant information possessed by the parole board, and should be provided with legal counsel.