Is it Crime to Skinny Dip? 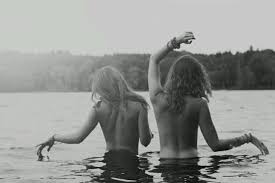 You can be charged with a criminal offence for skinny dipping.

Section 174 of the Criminal Code of Canada:

is guilty of an offence punishable on summary conviction.

(2) For the purposes of this section, a person is nude who is so clad as to offend against public decency or order.

(3) No proceedings shall be commenced under this section without the consent of the Attorney General.