Is it a Crime to Burn Money? 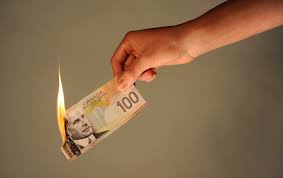 The Criminal Code of Canada

(a) defaces a current coin, or

(b) utters a current coin that has been defaced,

is guilty of an offence punishable on summary conviction.

Why is it a crime to burn coins?

Are there instances when destroying coins would not be a criminal act?